The publics’ love of the Flat White grows by the day.

Coffee drinkers love a Flat White. The artisan coffee shops started it, the chains followed, fast food giants jumped on board and artisans are innovating with it.

The origin of the Flat White can be traced back to Australia in 1985, where the term was first coined, for a milky coffee.

The drink was brought to the UK in 2005 by Peter Hall, James Gurnsey and Cameron McClure who founded Flat White in Soho London.

The big chains cottoned on after a few years, and all launched their versions of the drink which was the first mainstream coffee adorned with latte art, which in part as well as the flavour is a significant factor in its success.

Recently the drink has grown so popular that the fast-food giants have added it to their line up, with both MacDonalds and Greggs having a version on their menus, although seemingly perversely minus latte art because a fully automatic machine makes it!

The artisan chains are taking the drink further and adding different sizes, as we witnessed on our recent visit to Black Sheep Coffee.

We love what Black Sheep Coffee is doing with speciality coffee by championing the Robusta bean, which has up to now been viewed by many as the Aldi of coffee to its cousin Arabica, the Harrods of coffee.

They fill the spaces they occupy with a relaxed vibe, and many of them open later than a regular coffee bar by selling coffee-inspired cocktails and a wide range of food.

While you are here some more interesting stuff! 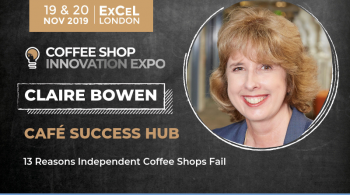